Rev. Darell L. Harrington was born in Jackson, Mississippi to the late Mr. and Mrs. J.B. Harrington. He accepted Christ as his Lord and Savior and was baptized at a young age under the leadership of Dr. Horace Buckley, Pastor of Cade Chapel Baptist Church. He matriculated through the Jackson Public School System and completed his undergraduate education at Stillman College in Tuscaloosa, Alabama.  In May of 1999, Harrington graduated with a Bachelor of Arts degree in Business Administration from Stillman College.

Harrington was employed with Wells Fargo Financial from 2000-2007, where he served as a loan officer and Branch Manager. He later joined Hope Credit Union in May of 2012 where he served as a Regional Program Officer. As a program officer, his duties and responsibilities consisted of establishing and maintaining partnerships with employers, nonprofit organizations, faith-based groups and community stake holders with the intent of strengthening underserved communities.

Harrington currently attends Memphis Theological Seminary and understands that his mission in life is to help improve humankind through the love of Christ. The ALMIGHTY made it clear in November 2007 that he would serve as an Ambassador of the Gospel.  While at New Sardis Baptist Church, Harrington accepted his call to the ministry under the esteemed leadership of Pastor Dr. L. LaSimba M. Gray, Jr.

Rev. Harrington’s mission is to encourage youth and young adults to hold fast to the promises and plans that God has for them. Among many accomplishments and accolades received throughout his life, he simply feels that “Service to God” is the greatest gift that any individual can offer or receive in this lifetime.  Rev. Harrington is married to the lovely Shayda R. Harrington,  and they have 4 children (Darria, Jazmine, Raquel, and Justin). 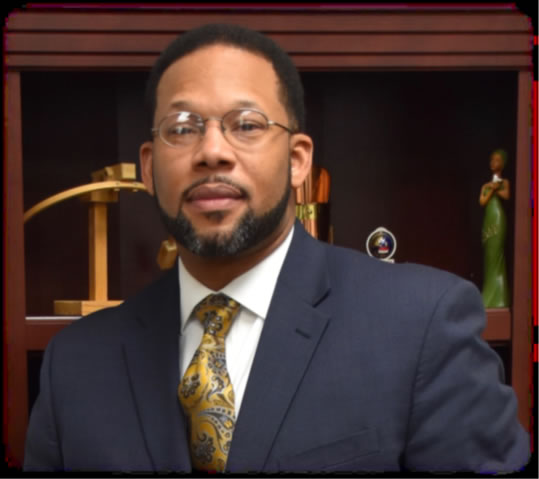